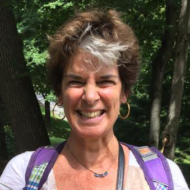 So many people in the world have PTSD (Post Traumatic Stress Disorder). Often they don’t even
know that they have it. Personally, I have had nine instances of PTSD, and I am fully recovered
from them. I am alive and well, all thanks to Esoteric Healing.

PTSD stems from an experience that happens to you after an incident that is stressful or traumatic,
real or perceived. For example, many people developed PTSD after the attacks of 9/11. Though
many years have gone by, they are still dealing with PTSD. Other examples may be found in people
whose parents were divorced when they were young, being in an accident, a negative relationship
where a spouse cheats on you, losing a position at work, or developing a sudden illness. You could
even have PTSD after giving birth, about the political situation in the world, or from an incident
where you lost your wallet on the subway. There are many ways for PTSD to take root; I had one
person tell me that when they were young their mother punished them by having their favorite
goldfish thrown down the incinerator. With PTSD, remember that everyone’s perception is
different, so we need to honor all of that. Each person is affected differently and to various
degrees.

The first time I had PTSD, I was going to the Post Office and I ended up at the bank. I was driving
and I had no idea how I got there. Another time, I was waiting at a green light and my friend said
to me very calmly, “Are you waiting for any particular shade of green?’ And I looked at her and
then I looked back at the light which had now changed to red, and I put my foot on the accelerator
when she said “Wait, stop, what are you doing?” (Suggestion: remove this paragraph and
continue with the paragraph below; there is a nice flow from the previous into this next
one, this one may not need to be here).

When I help with people that come to me with PTSD, I ask them for three emotional things that
they have not been able to resolve. Most people say, “just three!?” And I say, “You know, three is
enough- let’s just pick three!” From here, I have them send me their thoughts in an email.
The first thing I do is make a spiritual connection to the creator, or whatever you call the Source of
your understanding. The idea is similar to being on an airplane, when you are told to put on your
own oxygen mask before you try to help others. In this work, we put on our own spiritual oxygen
masks by aligning and attuning to the Soul light and to the Monad (your “I AM” presence).
When your spiritual oxygen mask is on first, “to thine own self be true”.

Next, I connect to the Soul and the Monad of the person that I am working with and I ask for the
highest and best good to happen. This alignment and attunement is also called “building the
rainbow bridge,” or the antahkarana up to higher states of consciousness.
(A free mp3 meditation going through these steps is available at www.esotericbloom.com)
The process uses the other person’s soul monadic energy, using the principle of “energy follows
thought,” to balance the person’s major chakras: Root/Basic chakra, Sacral, Solar Plexus, Heart,
Throat, Ajna (Third eye), as well as the Alta Major Minor (Crown), located at the back of the head.
The chakras are balanced on all the different levels: physical, etheric, emotional, mental,
personality, soul and spiritual.

In Esoteric Healing we use triangles to send energy to specific areas. The general rule of thumb is
that the triangle’s three points form one of the strongest structures in the world. So we frequently
work in triangles of a one chakra and two minors, three chakras, or a one chakra, one minor, and
one gland. Most energy work is done “off the body,” and in fact, one of the benefits of Energy
Healing is that it can be done and received anywhere in the world.

After the chakra balancing, the nervous system should be balanced in all areas (not just the
sympathetic and parasympathetic, but also the connections to the pituitary and pineal glands, and
the hypothalamus). The hypothalamus gland is the regulator between the nervous system and the
endocrine system. If it’s not balanced, you don’t do well. In fact, the first time that I see a client,
their nervous system usually needs to be balanced several times, because it is so often out of
alignment- especially if you have PTSD.

The next area to balance are the organs of processing; this is not just for your food but also your
emotions. This will include the liver, gallbladder, duodenum, stomach, pancreas, and the spleen
minor. For most people who have PTSD, their organs of processing are overworked; it’s just too
much information that cannot be easily processed.

Many times in my sessions I will also work on the spine so clients feel supported during the
course. The spine is the metaphysical support system. I use the spleen minor to lubricate it, (this
organ brings energy in from the Creator and from the planet).
So far, these steps are in preparation for actually dealing with the specific trauma.

Next, my client and I will think about their trauma. We go back and rebalance the chakras. When
you have PTSD, the chakras are unbalanced on their soul level. If it is unbalanced on the soul level,
it means that all the lower levels, from personality down to the physical, are also not balanced. An
imbalance on the soul level means that it is a soul lesson; you have to shift your level of
consciousness in order to heal it. While we are thinking about the trauma, all of the chakra
imbalances typically start to collapse. If you can catch the trauma right away, that’s great- but if
you’ve been walking around with PTSD for 20 years, it is deeply ingrained in your system.

There are two other areas on the body that deal with trauma, according to the Esoteric teachings.
One area is the Solar Plexus Minor, connected to the ileocecal valve and the sigmoid flexure, that is
for ‘daily trauma,’ such as I lost my wallet, my boss yelled at me, I stepped off the curb and almost
got hit by a car, I had a fight with my significant other, and so on. Anything that can be considered
a ‘daily trauma’ can trigger PTSD.

The other area on the body that we deal with is ‘life threatening trauma,’ which is the Basic chakra.
The Basic or the root chakra, which represents survival, deals with anxiety, fear, anger and
survival. Any sort of survival situation; I got stuck in the birth canal, my umbilical cord was
around my neck, I had a breech birth, the attacks of 9/11, living through a hurricane or the
wildfires in California, any of the wars that have or are going on. These all fall under the category
of ‘life threatening trauma.’ The Basic chakra, ileocecal valve, and sigmoid flexure triangle is an
area that needs to be rebalanced with soul and monadic energy.

Depending on the individual, I will usually energize the eyes and the ears on my client. This will
help the person see the situation with “different eyes” and understand it better. Often people with

PTSD will have TMJ (Temporomandibular joint dysfunction), where they grind their teeth and feel
depressed or angry. There is a membrane called the tentorium that supports the brain. This
membrane can get extremely tight, which creates problems. In fact, a lot of brain structures
(cerebellum, frontal lobes, occipital lobes, amygdala, thalamus), need support to remove the
effects of PTSD, allowing for relaxation and new ways of thinking and processing. This is all done
with Alignment and Attunement of the soul and monadic energy, sometimes taking several
adjustments, before the shift.

The process ends by clearing the trauma out of the solar plexus, heart, and the ajna. We also
energize the spine so that the person continues to feel support. I will then ask the person to go
back and think about the issue again to determine where they are now. Often, they will respond
with “Oh gosh, I don’t know what I’m doing,” or “Oh, I spaced out,” in which case I will ask them to
go back and think about the trauma again so I can evaluate the chakras to see if they have started
to move. I will inquire, “How do you feel about the fact that your parents had a traumatic divorced
when you were a child?” the response: “It just feels so much lighter.”
This is wonderful, and exactly what we want to hear.

Nature abhors a void. Once we take the trauma out, we just don’t want to say “bye, see ya, good
luck!” and instead, we want to fill that space with a higher vibration. I will have the person think
about what they need in the present time, and what is their next step? While we both hold these
thoughts, I energize the chest for self nurturing, the lungs so they can breathe in life fully, and
finish with the vitality or prana areas to bring in higher spiritual work. I’ll provide grounding
support so they can stand in life differently.

I love to end the session with energizing the heart and the circulation with Ray 2 energy (spiritual
love and wisdom). We place spiritual love and wisdom into the person’s blood. The blood goes to
every single part of the body. I always ask my clients if they want spiritual love and wisdom, and
not one single person has ever said no. Most people say they feel so, so much better afterward.
These are my cliff notes of how to treat someone with PTSD using Esoteric Healing. Remember
that these teachings come from Tibet. The spiritual master that gave us these teachings is Djwal
Khul, lovingly called the Tibetan. There are 26 books written on this very esoteric topic. I trust this
article gave you some guidance on how PTSD can be cleared from one’s system.

I wish you the Highest and Best, all the time.

← previous The Energetics of Breast Cancer

The Energetics of Breast Cancer

My name is Bernadette Bloom. I am a holistic physical therapist, medical intuitive andenergy worker. This article on...

END_OF_DOCUMENT_TOKEN_TO_BE_REPLACED

The Energetics of FIBROMYALGIA

END_OF_DOCUMENT_TOKEN_TO_BE_REPLACED

Healing Diabetes the Esoteric Way Esoteric healing can help beyond what is offered from traditional medicine,...