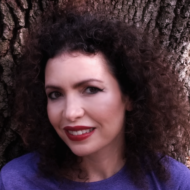 When I look back on my teenage years, the feeling is quite mixed. Along with the fond memories, ardent friendships and abandon of responsibility, I can’t help but reflect on what a terribly awkward time it was. That awkwardness was never lost on adults who liked to chime in and try to illustrate how well they could relate. I remember cringing whenever I was told, “You kids care so much about what your friends think of you,” or explanations on how we sought approval from others. I didn’t think they had a clue about my life and it just sounded like ‘old people’ talk.

Recently, I saw groups of teenagers dressed up for their school prom, parading around town in their formal attire.  The young ladies, giggling nervously; the young men, galumphing behind them. I could now see them through the lens of an ‘old person’ and it was painfully transparent to watch how much validation they sought for every word or gesture they made. Yet, beyond their bumbling, there was one thing that stood out far more than their flagrant awkwardness. Not one of these youth stood tall.  It was almost as though they were deliberately trying to shrink themselves to appear smaller and less visible.

While the obvious reason would be their blistering insecurity, there are several other culprits at work. First and foremost, teenagers today have not adopted the same inclination towards physical activity as their predecessors from 20 years ago. According to an article from the Journal of Pediatric Health Care “Many people assume that children are naturally active and participate readily in physical activities that lead to and help them maintain high levels of fitness during their early years. However, society has changed to encourage a more sedentary lifestyle. Children’s activity levels decline through the teenage years, with girls being less active than boys. Today there is a greater availability of sedentary pursuits that can lure children away from physical activities.” If the body is already used to slumping over for extensive periods of time throughout the day, why wouldn’t that posture also transfer to standing and walking?

In contrast to my generation that spent hours walking and talking with friends around the neighborhood, today’s youth would rather talk to all of their friends—at once—on different social media platforms, without even having to get out of their chair. And while over half of their waking hours are spent in sedentary behaviors, screen time doesn’t stop once the lights go out. A 2010 Pew Study found that more than 4 in 5 teens with cell phones sleep with the phone on or near the bed and according to researchers from JFK Medical Center, teens send an average of 34 texts a night after going to bed. The latter study found that half of the kids kept awake by electronic media suffered from a host of mood and cognitive problems, including attention deficit hyperactivity disorder, anxiety, depression and learning difficulties.

With all of this research, is it any wonder why teenagers might look awkward and not be in the best mood? Of course not. A common misconception of  poor posture among teenagers is attributing it to growing pains, or insecurity. In reality, lifestyle choices are a much bigger influence on postural health. How can anyone stand tall or radiate a joie de vivre when they’re spending most of their lives sitting hunched over?!

What can we do to help them? What can we say to a teen, the next time we see them slouching in their chair, or walking slumped over as they’re looking down at their phone? The most important bit of advice I can give you, is NOT to tell them to sit or stand up straight.

Huh? What? Why? It’s true, I just gave a sermon about the detriments of sitting with a rounded back for the majority of the day. I also provided research that supported that point.  The clear implication is that teenagers are at risk for becoming a generation of grumpy hunchbacks.  But telling them to “Sit up straight!” is not the solution and will only do the following things:

3). Cause them to misunderstand the importance of good posture and only associate it with something that ‘old people’ told them to do (and consequently counteract your intention).

4). Not improve their posture.

Some of you may remember being told to “Sit Up Straight” as a child.  Most people can even remember the person that told them to do so and the way they said it.  In fact, whenever anyone hears that I’m an Alexander Technique teacher and that I educate on postural health, the minute I mention the word, “Posture” it’s an instant trigger that leads to arched backs, trying to illustrate the “Sitting Up Straight” position they were commanded to do in their youth. The problem with the notion of  ‘straight’ is that it isn’t possible.  Our spine has a natural curvature. Forcing it into what is thought of as a ‘straight’ position is actually just inflicting tension on the back and compelling it to arch and overextend backwards.  This causes tightening and contracting, leading to shortening of the spine. This is the opposite of lengthening, which is what makes our backs appear tall. Additionally, this attempt to ‘sit up straight’ throws the body into disarray as it forces our chest up, shoulders back, head back and down, jaw tight and back tense. We tighten, compress, and shrink; this is the opposite of good posture.

Trying to over-correct a hunched back with an arched back is not the solution.  Instead, we want to introduce freedom from tension in our bodies. Instead of straight, think up. Think of the head going up and creating space within the body. That is the message we want to send our children. They are already inundated with a plethora of societal pressures, their bodies need to be free of tension.

The first thing we can start by doing for our children, is modeling desired behavior and posture. If you think your child has poor posture, take a look at yourself as you are sitting in a chair.  You can’t tell your child to sit up straight, if you are sitting hunched over while you eat, work, or peruse your phone.  Next, discuss posture from a scientific standpoint rather than a social one. Look at anatomy books and illustrations of the skeletal system.  Compare them with pictures or images of people and ask your child to identify the differences. Familiarize yourself and your children with the term ‘body mapping’, so that you can all understand how the body fits together.

There are a myriad of illnesses associated with a sedentary lifestyle. Instead of sounding like an ‘old person’ and attributing posture to a way of sitting or standing, regard it as a matter of health. Poor posture doesn’t happen over night. It is the accumulation of lifelong habits.  It cannot be corrected by simply ‘sitting up straight’.  The first step towards improving posture is the recognition of harmful habits that interfere with the body’s optimal functioning.  Find an Alexander Technique teacher in your area and consult with them about what you can do for your child and for yourself to improve your postural health.

← previous Are you the parent of an HSP? Why is it so Hard to Change →

END_OF_DOCUMENT_TOKEN_TO_BE_REPLACED

What Am I Hungry For? Eating with Intention and Purpose

Eating is a sacred act. It is nourishment and life for our bodies, minds, and spirits. Our food is more than our...