Beliefs and Your Healing: What’s the connection?

“She believed she could, so she did.” I have a t-shirt that I like to wear that has this phrase written on it. Sometimes our belief in our ability to do something is enough, but other times, we need resources to show us it is possible. Today the focus is on the power of beliefs and how they can help or hurt our ability to progress along our healing journey.

This isn’t a topic I would’ve thought much about 5yrs ago, but today I come to you with an expanded understanding of the importance of beliefs and I want to share some of what I’ve learned with you.

After a string of QHHT sessions last fall, I really started to think of this in a new way. I had examined this for myself, but this series of sessions was a spark for me. If you aren’t familiar with QHHT, here’s a little overview. My client wanted assistance with back pain in session. In her list of questions she wanted to know if the pain could be addressed and possibly removed. So when we got to that part of the session I asked what’s behind the pain and can we fix it.

The response was she needed proof that it can be done. So, she had the question written down, somewhere she believed on some level that it was possible to not have pain, but when her higher self came in the response she needed proof. This told me there was a disconnect on some level of healing being possible. And it stresses the importance of working in layers of healing to have things complete. 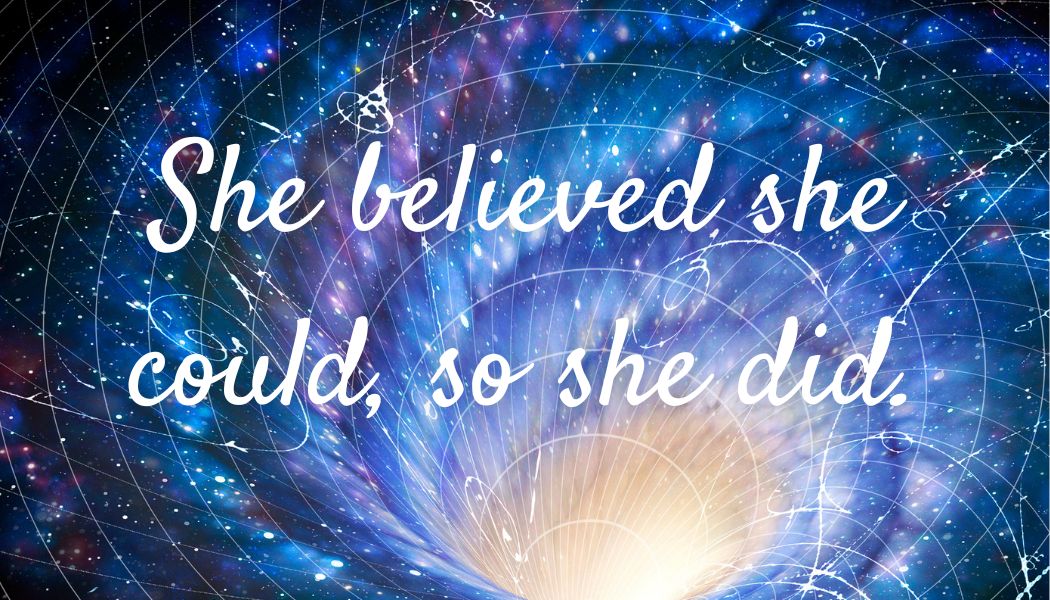 Now, when I work with people I work on multiple levels. You often hear mind-body-spirit connection, but there’s more to it. You have to work on subtle energy body layers and common layers because our identity, our beliefs come from so many different things. Our physical, mental, emotional, spiritual and consciousness connection all need to line up and when there is a kink in that chain we experience problems. Also adding in the elements of past lives and carrying things for others, and we can have a big ole heaping mess! So layers, they are important to understand and look at with this work.

Let’s talk about that for a minute because I think that’s important. So when I think about the makeup of our identity and beliefs I think of layers of truth and then those layers influence our behaviors, beliefs, patterns, likes/dislikes…everything. They are instilled in us at a very early age and are registered by our subconscious as ways of being. Kind of like our operating system.

When thinking about beliefs, it’s helpful to understand where ours come from and how they are formed. Let’s do this through the lens of truth and four levels for the sake of conversation.

Those individual things get installed as programs that we have but, just as easily as they can be installed, they can be overwritten or deleted. But to do this we first need proof that something else is possible.

We need proof. Our belief has to change due to questions and prompts to explore other things. I had to think about all of the years I’d lived before being told I’d have to take medication for the rest of my life. Listening to my client’s subconscious response, I saw myself in her and I too needed to see someone else do the thing to know it was possible. Understanding the power of influence and collecting an inventory of proof. We can change our circumstances by having examples of self and then where others have done it too.

This is actually what happened to me. Just like my client, I needed to see proof that healing was possible for me to entertain that as a possibility. You see, in 2012 I received a diagnosis of an autoimmune condition and was told that I’d have to take pills to sustain normal function for the rest of my life. I was told don’t change anything, just take the pills and I’d be fine. I could keep my life as it was otherwise. Now I had already changed several things in my life as a result of what my body was doing, so this was a bit of a relief but not long term!

In late 2016 I was introduced to energy work and in early 2017, my now Reiki Master told us how she healed something in herself and had helped others heal several things. Until then, I held a belief that people didn’t heal from things. I knew about miracles from a religious sense, but I’d never met anyone who once had a label, took medication, and now didn’t. This was proof I didn’t know I was looking for but I knew I needed. It was from this moment on, I gave myself permission to examine everything I had believed and stood for. And then permission to change the things that didn’t work with this new possibility I was aware of.

Some of the beliefs I had to unwind were…

Where did it come from?

Why was the influence so strong to become a way of life? In her session I had to dig and got the answer (the source of the belief wasn’t even hers) but on the surface she didn’t believe she could live without the back pain. I want it but I’m not sure if it’s possible. And what if it is fixed and then it comes back? When we’ve been in a place for so long it’s hard to think of life in a different way. 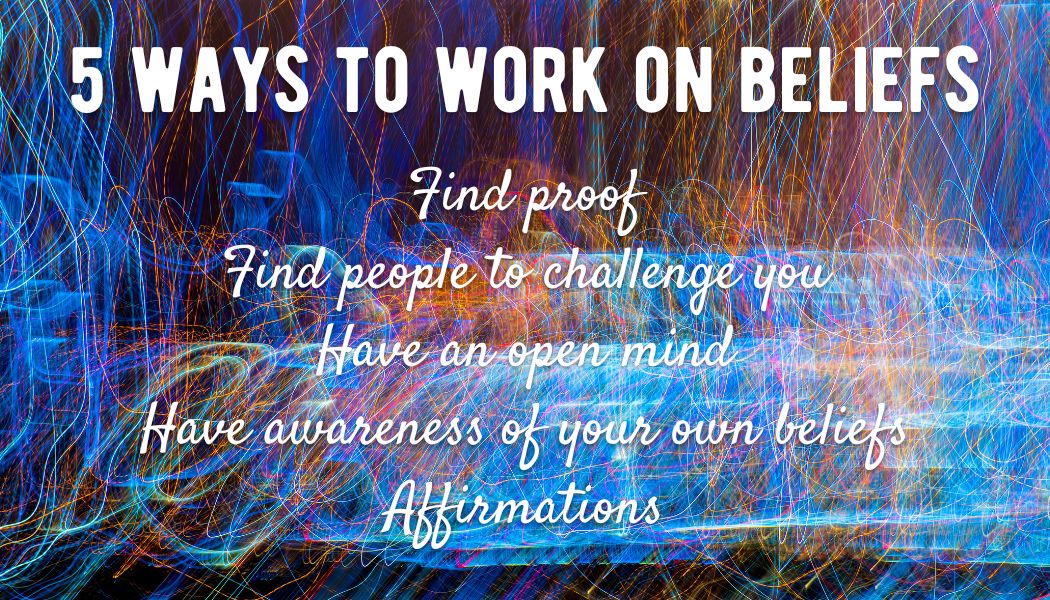 It’s hard not to think about a relapse or a what if scenario, but dipping one toe in belief and the other firmly planted in disbelief/doubt, we stay stuck. Our body registers this by the energy we emit. When these 2 opposing frequencies are present, there’s no clear direction so nothing happens/changes. We must align on all layers that healing is possible and then the body can take that as a signal that it’s time for change. It’s go time!

But why are you holding onto this belief?

There’s a benefit to it on some level. We just operate on auto pilot. Not thinking of the origin of it, but what if we were willing to ask questions and uncover where it came from? Once this is done, we can make an informed decision on what we now choose to do or believe. From a place of curiosity and understanding, not judgment. If we’re living based on beliefs and projections of others, look into why that is. If this is something we know we agree with, then keep it. If not, give ourselves permission to release that belief and write another that fits with where we are. Their beliefs are formed based on who they were around and the filter of their experience. We have a choice whether it becomes ours.

How is this impacting our lives? Our healing? Dreams? Relationships? Are we limiting our bodies ability to heal by the beliefs we’re thinking? My hypothesis is yes! So how do we start to fix this?

5 ways to work on beliefs

So what do you think about your beliefs? Are they getting in the way of your healing? And do you think healing is possible?

If this is a topic that you’d like to shift and need support, let me know! I’ve found that unwinding my beliefs and re-programming them could not have been done alone and I’m so grateful for my peeps who help me in this area. Click here to setup some time to talk. Also if you have some tips you’d like to share about your beliefs, I’d love to hear them. Shoot me a note at hello@shannonnsmith.com.

So many people in the world have PTSD (Post Traumatic Stress Disorder). Often they don’t evenknow that they have it....

END_OF_DOCUMENT_TOKEN_TO_BE_REPLACED

The Energetics of Breast Cancer

My name is Bernadette Bloom. I am a holistic physical therapist, medical intuitive andenergy worker. This article on...

END_OF_DOCUMENT_TOKEN_TO_BE_REPLACED

The Energetics of FIBROMYALGIA