The Joy of Being Proven Wrong 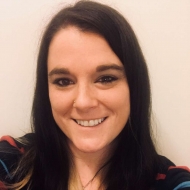 This was originally published on The Blog of A Lighter Soul on July 21, 2015.

I do not enjoy being wrong. I may have gotten more graceful with situations that show me the error of my ways (in one way or another) but I still don’t like it. My pride gets wounded every time it happens. Hi, I’m Angela. And I’m a human being.

Anyway, this whole pride / ego / pride thing can lay me out flat occasionally. But sometimes, after the initial feeling of irritation passes, I am grateful to be wrong. So incredibly grateful.

I believed at the beginning of this year, that I would take some risks and just see what happened. I wasn’t expecting earth shattering, paradigm shifting, what in the world is going on kind of events. I just figured I’d put myself out there and see what happens.

I didn’t think it would be revolutionary.

I didn’t think it would be indescribable.

I didn’t think it would be extraordinary.

But I was wrong.

This has been a year of taking risks so far. I’ve traveled to cities I didn’t know (some on a whim, some with a little bit of planning). I’ve spoken to people about goals and dreams that I was previously keeping to myself. I told a guy I thought he was pretty cute. I’ve met new people and instead of running for cover at the first conversation break, I stayed put and kept asking questions. I’ve tried new foods, new music, new restaurants, new attitudes and new routines.

I’ve given people forgiveness even when my heart was screaming that I had every right to stay angry for just a little while longer.

I’ve given love and relationships another chance even though I was smarting from heartbreak and confusion.

I’ve put my toe in the water. Then I came back for more.

Every time, I told myself at one point or another no, it’s not going to happen. No, you can’t do that. No, it’s too much. No, this is crazy.

Bravery isn’t the absence of fear. It is moving forward even when fear is holding your hand.

Times like these I’m eternally grateful that I’m wrong. And I’m basking in my wrongness.

How have you been happily proven wrong lately?

← previous Love Is The Teacher Do More to SOAR! →

END_OF_DOCUMENT_TOKEN_TO_BE_REPLACED

You’ve got one life, baby