Love Is The Teacher 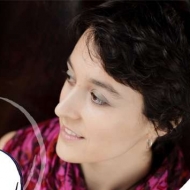 My fiance went on his bachelor camping weekend in Upstate New York last week. He left for the mainland almost two weeks ago. When he left, I was tending 3 out of 6 teensy weensy 6 week old kittens I discovered abandoned on the side of the road Memorial Day weekend.

When he left, I had rehomed three of them; three still remained. By the following Monday, they were all in their new homes.

I had conquered the kitten problem.

I thought to myself. “I’m really good fostering kittens.” I smiled. “What if everything in my life were that simple and easy?” I mused. “What if manifesting everything- clients, students, happiness, love, health- were as full of reverence and joy and as easy as finding homes for these amazing kitties? What if teaching and learning with humans could become this simple?”

I thought about this; what are the factors that made it possible for me to nurture six kittens (three of them black tigers- notoriously difficult to rehome due to superstition and difficulty in getting a good photograph) and find homes for all in under three weeks? And I thought, what made it possible for these kittens to figure out how to function when they did not have their cat mama to show them?

I thought about the role I played…

#1). I was very clear about what I wanted, and I set some boundaries and parameters on the experience- for my own- and the kittens’ safety and sanity.

I did not need to experiment in “figuring out” what types of cat parents I wanted to call in. I knew that I wanted to foster the kittens no longer than a month. I also wanted to find homes for them in people who were not abusive, unkind, or unloving towards cats.

I wanted to see the kittens to get stronger and healthier and become empowered loving kittens.

I wanted to find homes for them where their humans were in complete love and reverence to and of them. AKA I wanted to rehome them with cat people. Not dog people. CAT People. Big difference there.

I believed that the creator would only send me people who were kind to animals.

#3). I believed 100% that these kittens would find homes. When my faith faltered, and there were moments, when, totally covered in kitten formula-or poop- I did feel as if it were never going to happen. It was in those moments, I forced my self to trust more. I took time to take care of myself. I went to the beach. I went for a walk. I folded laundry. I vacuumed. I prayed. I talked to myself and to creator, and honored my emotional and feeling experience as valid and valuable. And often, I cried.

#4). I showed up for my part in the co-creation. I took care of the kittens. Sometimes this meant waking up every three hours to feed them or help them relieve their tiny bladders, because mother cats typically take this role. It also meant holding them, keeping them warm, bathing them, and playing with them.

It meant taking action when action was needed and being accountable to my part in the lila (divine play) I was choosing to dance in by picking them up that Saturday night.

#5). I believed in the kittens’ ability to become awesome, kind, loving, and sweet cats. Now, I had no conscious idea of how any of this would go down; I have not spent time fostering kittens since I was a child, so the details were a bit sketchy for me at times- I never let that stop me from believing in them.

So when the time came- and as if by magic, it did for each of them (some were ready for rehoming right away- others chose to hang out with us for a little longer) and the kittens were healthier, stronger, were weaned, and I was compelled to post an ad on Craigslist, I did not wait. I acted.

Within an hour, a woman called. She was a widow who had recently moved and found a cat abandoned in her new house. “Angel” had just passed that weekend, and she was lonely, wanting new feline friends for companionship.

The woman came and adopted my two “favorites.”

I felt my heart sink as they left, knowing that they were going to a wonderful home and would be more than okay together. They would be loved.

The next one went to a conscientious family from the other side of the island who loves cats- the one after that to a woman and her son, in an apartment of cat people. The final two rehomed to an older cat and her human momma who had recently lost their feline buddy, were in grief and ready for new feline companionship.

Each time, saying goodbye stung. I knew that there was a very small likelihood I would never see these kittens again.

This got me thinking about whaT ACTUALLY happens we we teach someone something.

When students come into my life; they take up space and demand attention.  They bring their unique issues, challenges, ideas, beliefs, and experiences to “class.”

Let me tell you a little something: I am not a cat. Try as I might to lounge around all day snoozing and being cozy, I am very much a human.

Something really magical happened though when I was caring for these kittens. While each kitten had their unique personality-and developed at their own rate, the kittens learned how to go to the bathroom in the litter box by themselves. I CERTAINLY did not show them (how’s that for a ridiculous image!)

Some of the kittens would announce they were headed to the litter box, some would meep after they were done. All of them knew instinctively what to do, how to dig a hole, and what to do next.

Then, as if by magic, right when I was hoping they would start to wean, because I was not sure how much longer I could do the near-psychosis level of Sleep depravation, they weaned themselves, lost interest in milk and found their way to the food bowl.

It took a little assistance for some of them-at first- to help them remember where the food bowl was, and then they were weaned.

Some of them preferred to eat out of the bowl in my lap, while others opted for independent snacking.

“How did they learn this?” I thought to myself. It was not as if I showed them how to do it. So I watched them.

Some of it was learning by example. The bigger ones modeled for the smaller ones, and the smaller ones watched, but most of it was due to a combination of DNA instinct, curiousity and willingness to explore possibility, and the right conditions for them to do it in.

These kittens learned all this on their own. All they needed to learn how to wean, how to go to the bathroom, and how to find their forever homes was the right environment to grow into their best selves.

The two and a half weeks of fostering them flashed by.

In reality, I felt like I had very little to do with the whole scenario.

What other option was there, when three kittens scrambled, screaming, into the road at 9:15 PM, begging me for a ride. I did not question them coming with me for a second. I questioned keeping them in the house for a few moments in the first 24 hours, certainly. My fiance watched me burst into tears out of fear that the smallest of the kittens would die from a respiratory infection, and in those moments, I was not my best teaching self. In those moments, I was afraid for myself.

My time with these kittens reminded me of the potency of love as a tool for teaching and learning. Here I was, with this immense capacity to love another being; I had the means and the ability to give love to these kittens. It is not as if I were going to do something with all that love other than give it to someone, so why not these beings?

So, what about teaching, then? What happens when the conditions for learning are ideal?

A kitten intrinsically knows how to become a cat; they are not going to learn how to clean themselves from me (because, even though I love cats, I am partial to showers over cleaning myself with my tongue).

So what’s my role then, as foster mother, as teacher, as guide for my students?

listen to the students’ needs

In reality, as a teacher, you do not need to do much other than love your students.

← previous Awakening to the paradigm shift , the Aquarian age The Joy of Being Proven Wrong →

A Reading for the Collective For some of you, many new doors are beginning to open and new foundations are being...