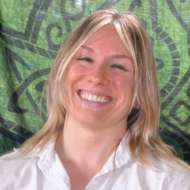 As I begin a new diet this month, I feel inspired to discuss food. And its effects on mood. And with that, in light of the ways that our own biological systems operate, take a look at the paradigms of holism and dualism.

Recent neurobiological evidence shows that the neurotransmitters and neuropeptides that steer our emotional course are not isolated to the head, but actually exist throughout the entire body. In each system of the body, to be precise — each of the systems of the body, which share almost three hundred internal communication substances that we produce to carry out daily functions, to be even more precise.

Basically, our systems require the proper balance of enzymes and nutrients in order to function correctly. Our biological systems rely on receiving a substantial amount of raw material in order to correctly fulfill the complex and intricate roles for which they are designed, in fact. However, such a proper balance of enzymes and nutrients is something that many Americans simply don’t get, considering all the processed material that’s out there and marketed as “food”.

The connection between food and mood isn’t exactly news — in fact, the connection between nutritional deficiencies and behavioral patterns has been documented for centuries. However, such unprofitable projects have been ignored in the past, and overlooked for the sake of more “exciting” medical research.

Regarding that medical research, have a few stats on mood: according to the National Center for Health Statistics (NCHS), approximately one in nine Americans of all ages reported taking at least one antidepressant medication in the past month during 2011-2014. Meanwhile, NCHS data reveals that fewer than one in fifty Americans did thirty years prior. (Skyrocketage!)

One factor contributing to this skyrocketage is, of course, timing. The introduction of the first selective serotonin reuptake inhibitors (SSRIs) came in 1987, and because SSRIs do not carry the same potentially life-threatening cardiac risks associated with the tricyclic antidepressants that came before, at the time they were considered to be a far healthier choice, especially for the geriatric patients who comprise the largest percentage of antidepressant users (the NCHS reports that 18.9% of Americans age 65+ reported taking at least one antidepressant in the past 30 days, 2011-2014). It’s also worth noting that the age group that is 65+ Americans is now living to see older ages than they were thirty years ago — and, studies show that usage of antidepressants increases with age.

Overprescription of antidepressants is another contributing factor. Antidepressants have seen an expansion in indication in recent years; some of the patients who take them are not diagnosed with depression, but rather conditions such as anxiety or insomnia. Questions as to how many of these non-depression diagnoses could be handled without antidepressants are being raised in medical journals.

And, part of the reason for overprescription is . . . drug lobbyists.

Nonetheless, extenuating factors aside, physicians do report a general rise in depression throughout the U.S. One reason for the prescription of antidepressants is the simple fact that they do work for many patients as temporary mood-lifters.

So, if patients who have been diagnosed with depression don’t seek therapists, then let’s ask, Why the rise in depression in the first place? (. . . before you insert your own politically-inspired answer here . . .)

Know that one simple reason is, we are what we eat. Yes, we’ve all heard it before. Because it’s true. And yet, for a saying that’s by and large considered to be such common knowledge, it’s far too often got a blind, drive-thru steering eye turned to it in the U.S.

Dr. Neeha Mehta states in “Mind-Body Dualism: A Critique from a Health Perspective” (2011) that the medical field today is facing crisis due to paradigmatic stance Cartesian dualism, which continues to hold strong throughout the entire world (centuries after the death of René Descartes in 1650). Basically, this mind-body dualism maintains that the physical and the mental exist in two separate realities.

Do people today really believe that their physical bodies and their mental happiness are not connected? Surely this can’t be the case, given the number of us who swallow tangible little blue pills with the intention of lifting our abstract moods.

Shamanic teacher and practitioner Jan Engels-Smith writes that the mechanistic view of fragmented parts is an artificial construct that was developed through humanity’s efforts to control their universe, rather than become a part of it. Since Descartes’s time, of course, we have since made catapults and rocket launches in understanding the depths of our universe
. . . and the likelihood of us ever being in control of it.

If our overt belief in the effects that pills can have on mood isn’t proof enough that it’s time to ditch the dualism, then the existence of our emotions-driving neurotransmitters and neuropeptides throughout our entire bodies surely serves as evidence enough that it’s time for a paradigmatic shift favoring holism — an acknowledgement of the interconnection of all things. And, the connection between the food and the mood in our bodies is one of the more direct examples out there.

We are the masters of our fate and the determiners of our future wellbeing. One way in which we harness such mastery is, choosing what foods we eat, if we are so fortunate as to have a choice in that matter. Good nutrition brings good moods. And, good moods bring still more good things. After all, like attracts like.

Simply remember that you are what you eat.

What Am I Hungry For? Eating with Intention and Purpose

Eating is a sacred act. It is nourishment and life for our bodies, minds, and spirits. Our food is more than our...

END_OF_DOCUMENT_TOKEN_TO_BE_REPLACED

Come drop in for a class either from your home or at our studio! Our goal is to make wellness accessible and...

Listen to the Webinar