Musings of a Struggling Writer 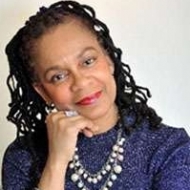 I confess that I am a struggling writer. I often struggle with my writing because I have so much to say but need to organize and structure my thoughts in order to convey exactly what I really mean. Other times I struggle because I have an idea in the recesses of my mind but I struggle to find the right words to communicate or express it. Still other times I can write an entire chapter or a poem in my head while taking a shower.

Creative writing sometimes needs a catalyst. You feel something inside; you can’t quite make it out but you know it’s there. I am struggling right now with writing a book, a spiritual memoir, to be exact. It’s a book that has been inside of me for years, wrapped up in childhood trauma, guilt and fear, a progressively changing identity, deepening spirituality and a hotbed of emotions. I realized there was something there after making a monumental decision to leave corporate America. Towards the end of 2012, I found myself in a difficult situation with a new manager who had a very different work ethic than my own. It happened at a time when I was already at a crossroads in my life—I was at the right age with enough years of service under my belt to seriously consider early retirement. I was also yearning for independence and a real shot at building my own business.

As a matter of fact, I had a vision one day while leaving work; a vision of stepping off of a cliff and just soaring in the air, not falling but soaring forward and upward. Shortly thereafter, I had an incredibly distasteful conversation with my manager. When it was all said and done, when the steam stopped coming out of my ears, I knew it was time to move on. I gave myself a few days to mull it over then penned a rather lovely resignation letter—no struggle with that piece of writing. Suffice it to say, as of February 1, 2013, I no longer had a 9-5 job. Breathe.

Several months after my resignation, something unexpected happened. I had met a woman on Facebook who was hosting conference calls about mothers living their dreams and aspirations while being mothers, wives, caregivers, etc. She had gone through some dramatic life experiences that left her broken until she realized that she still had dreams and aspirations she still wanted to achieve. She was also the compiler for an anthology of 30 writers, all women, and she invited me to be a contributing author. I had always been pretty good at writing in general and had suspected for years that there was a book inside of me—though by no means did I actually identify myself a writer.

After hearing the concept for the book, in the midst of pure uncertainty and bonafide fear, I said yes. The book, Motherhood Dreams and Success: You can Have It All, published in 2014, turned out to be a gem, a collection of 30 incredible stories; stories of heartbreak, struggle, and pain juxtaposed with victories, triumphs and breakthroughs. Two things came out of that experience; first, it was an honor to be counted amongst the fellow authors and, second, that 1500-word chapter was the creative catalyst I needed to begin the journey towards a solo book project, the spiritual memoir I mentioned earlier.

I started writing the memoir in 2015. I developed a rough draft for the first chapter, then stopped dead in my tracks. I struggled. I simply couldn’t go any further. Then I attended a one-night women’s revival at my church. At the end of the service we were like a river, all standing around the altar and praying, like women do. It was one of those serious, God-is-in-the house moments, where all these women were praying, praising and weeping together. Right in the midst of that day-of-Pentecost moment, God spoke directly into my spirit, informing me that the reason I was unable to write is that I was simply not digging deep enough. He reminded me that it’s the depth of the journey that matters and if I do not dig through all the layers of trauma and emotion, I will never be able to write the truly authentic story that is in my soul. Like a dedicated anthropologist, I started digging, peeling stuff away to reveal the real story that is my life.

Though the struggle continues, my goal is to have the manuscript completed by spring of this year. I am learning some very valuable lessons as I write. Hopefully these lessons learned will help other struggling writers out there. Happy struggling…I mean writing!

Remember, you were born to do something great!
Anita

END_OF_DOCUMENT_TOKEN_TO_BE_REPLACED

Listen to the Webinar