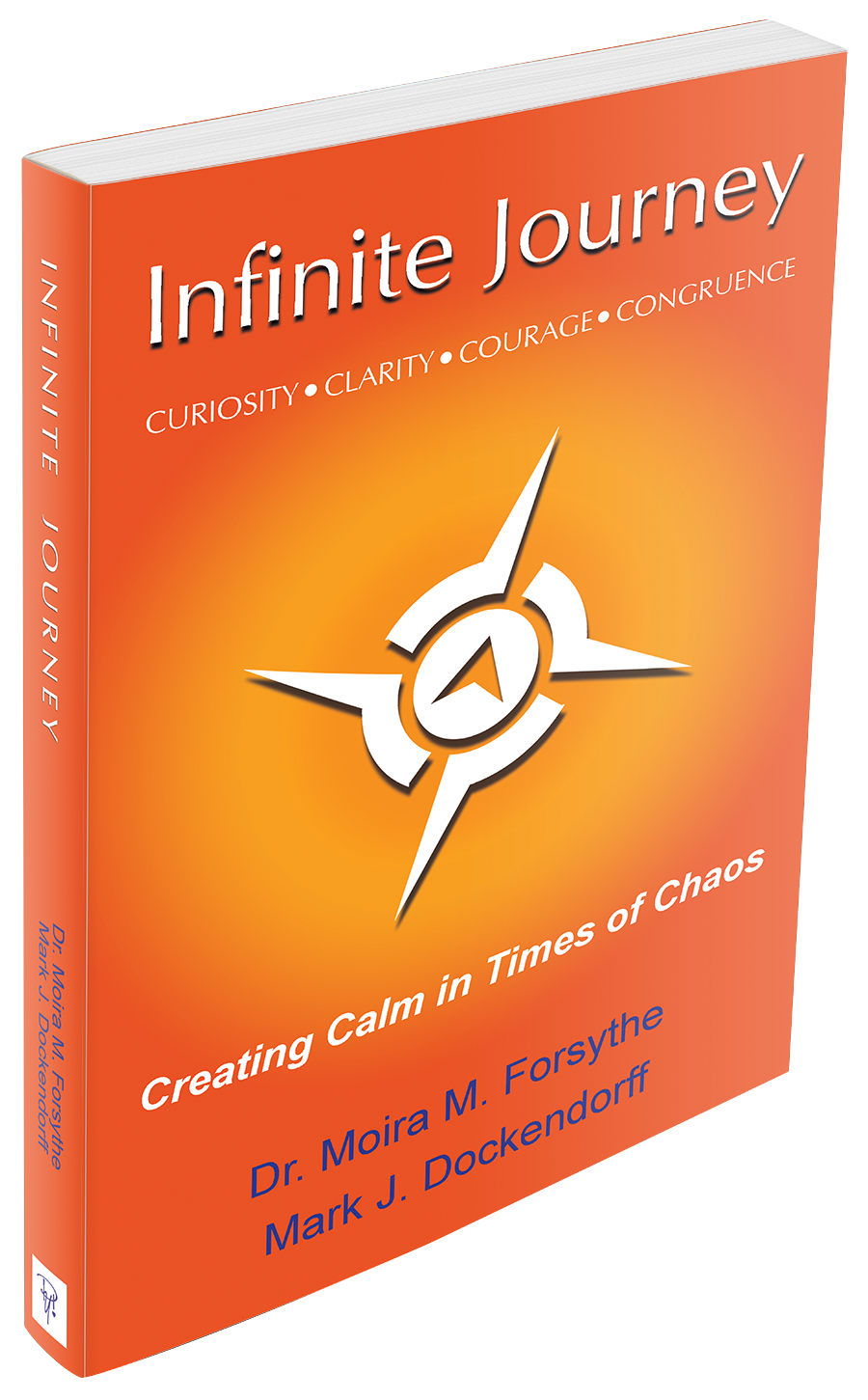 WHAT WOULD HAPPEN
If you explored this experience we are all on not as a Game,
but as a Journey?

Infinite Journey is an invitation to embrace the mindset shifts that empower joy, peace and higher levels of satisfaction and success in all areas of life.  Shifting perspectives can shift your experience from one of chaos and confusion to one of connection, resilience, and optimism.

The authors integrate best practices from several coaching modalities and psychology research in order to bring powerful strategies for navigating the most challenging life terrains with confidence and optimism.

These practices are easy to incorporate and valuable for individuals, families, communities, organizations, and leaders alike. 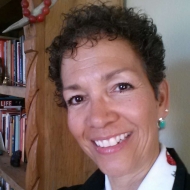 Dr. Moira Forsythe, ND, CPC, ELI-MP, CDLS is an iPEC-certified professional leadership coach and naturopathic practitioner whose passion for empowering others to their best lives has been a central theme for her for over thirty-five years. Moira is nationally certified in several disciplines of holistic practice, at one time having the largest complementary care wellness practice in central Colorado. She has lectured nationally and internationally to large groups on the topic of bioenergetics and lifestyle balance, which ultimately inspired her to develop the coaching practice she has today.

In addition to the CPC, Moira holds professional certifications in Core Dynamics Leadership Coaching, Group Coaching, Energy Leadership Coaching, and Spiritual Network Marketing coaching. She has led transition and empowerment Mastermind groups for entrepreneurs, women, and athletes for over twenty years. Her success with emerging entrepreneurs seeking to change the social culture of the world is making a difference around the globe.

Coming up in the sports era of Title IX for women, Moira has constantly looked for the next biggest challenge in her own athletic pursuits. This has taken her from leading outdoor groups up Mount Whitney in the California Sierra Mountains to winter expeditions in the White Mountains and high-altitude marathons, mountain biking events and ultra runs. As she has conquered the milestones within herself she has also sought to bring meaning to her athletic endeavors by riding for the MS 150 Bike event in Colorado, riding her mountain bike across Montana to raise over $7000 for AIDS research and organizing local charity runs in California and Colorado over the years.

Most recently she participated in a virtual Summit Challenge, climbing over 15,000 vertical feet in 7 days to support the efforts of the 2020 Coaches That Care initiative.

In addition to her regular trail running at 9000 feet and her executive coaching practice, Moira was a member of the Crestone Mountain Wisdom Taiko troupe for over eight years, playing year-round throughout Colorado in the name of non-violent communication and world peace. She uses classical labyrinths as a walking meditation tool and is an experienced facilitator of labyrinth workshops. She has installed dozens of labyrinths throughout the US for over twenty-eight years.

She is a contributing author in the teaching guide, Keys To Conscious Business Growth, 2016 and was one of 50 elite iPEC coaches selected to facilitate at the international World Happiness Summit held in Miami in 2017. 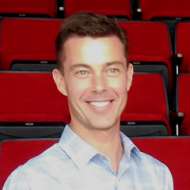 Mark Dockendorff provides innovative ideas to people to support them in understanding and living out their core values. Mark is an Internationally Certified Professional Coach, an Energy Leadership Index – Master Practitioner and a Certified Mediator and Conflict Resolution Specialist, creating coaching partnerships based on trust, loyalty, and accountability. He is a highly intuitive listener who is curious, heart-centered, and non-judgmental.

Mark grew up in Canada surrounded by an abundance of glorious nature, having access to the shores of the great inland sea of Lake Superior. Here he found deep spiritual connection with nature in all its seasons, reconnecting with his own inner knowing as a trusted source of energy and guidance.

Mark’s background includes time with Up with People, an inclusive global diversity leadership program that has taken him to thirteen countries, where he submersed into each community by staying with over ninety different host families. His journey has included leadership and accountability coursework at Queen’s University in Kingston, Ontario. Mark holds additional “At Work” certifications from UC Berkley in Mindfulness and Resilience, Emotional intelligence, and the Science of Happiness. Mark has worked in top leadership roles in the social enterprise nonprofit sector. His life-transforming experience as a nut shop owner is included in this book.

Mark currently works with clients one-on-one and in workshops throughout Canada and the United States. 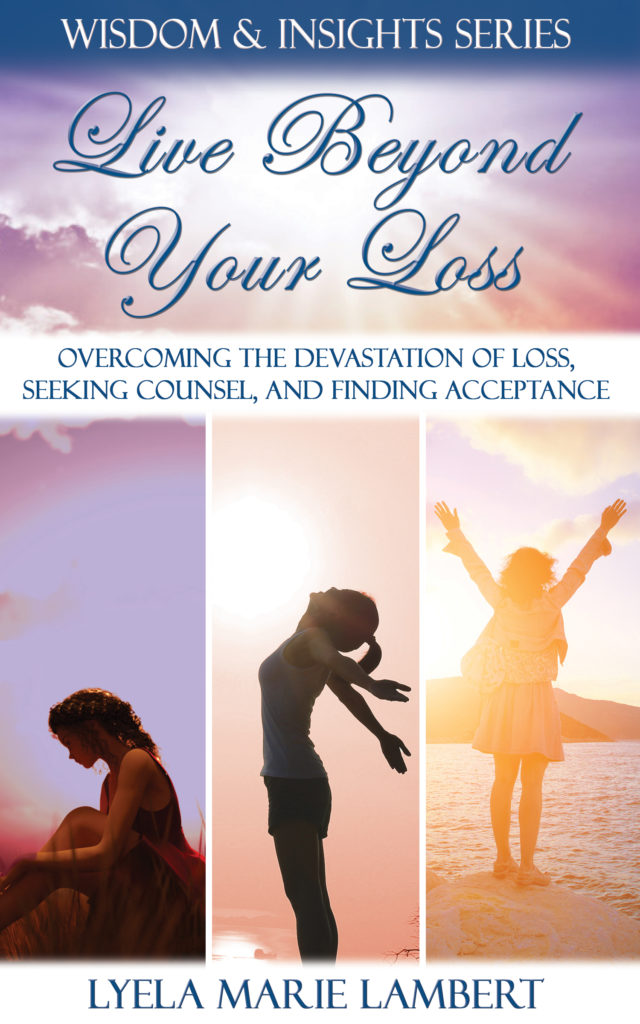