Being Believed What On Earth Is That??? A Very Salty PSA 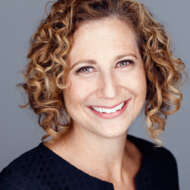 I have had the great privilege to be working on a chapter in an anthology that will be published June 29th 2021. The book’s title is Women Living On Purpose and my chapter is called Disrupting the Cassandra Complex (you can find more information about the book at https://womenonpurposebook.com/)

I, like so many of my friends and colleagues, have spent epic amounts of personal development time coming up with individual mission statements, visions and – of course – one’s purpose. So when I was asked to participate in this book about “living on purpose” I thought,  I have probably written at least a dozen different versions of mine over the years and most of them include something about Tikkun Olam.  These Hebrew words are typically translated as “repair the world,” or “mend the world,” — and I generally follow it up by saying something about leaving the world better than I found it. SO: no problem right??? I could certainly write a chapter about it, no sweat… ACKKKKKK famous last words!

Over the past 16 months living by myself has provided me with a significant amount of alone time and gave me (like many of you) plenty of time to assess my true mission, vision and purpose.  What hit me like a ton of bricks was that, although one aspect of my purpose and  what I am here to do is most certainly tied to “repair of the world”, my realization centered around why I was always having such a difficult time doing this work.  This is when I remembered my cousin Leslie telling me about the Cassandra Complex.

So for those of you who have never heard of the Cassandra complex, it is based on Greek mythology. Cassandra, the daughter of Priam king of Troy, caught the attention of the god Apollo. He wooed her by granting her the gift of vision, and when she wasn’t interested in him he cursed her by making sure nobody would ever BELIEVE her prophecies.

During the pandemic there has been so much crazy it is hard to make sense of it all, to decide who and what to believe. These feelings were so familiar to me yet I couldn’t put my finger on it until I remembered I AM CASSANDRA! The feelings are familiar to me because so many times in my life I was not believed.

AND THIS MY FRIENDS is what started me on this new journey about being believed.

As I often do, when I am perplexed about something, I GTS or Google that S&%T so here is the definition I found…

: to consider to be true or honest

you wouldn’t believe how long it took

: to hold as an opinion : SUPPOSE

I believe it will rain soon

: to accept something as true, genuine, or real

ideals we believe in

: to have a firm or wholehearted religious conviction or persuasion : to regard the existence of God as a fact

Do you believe? —usually used with in believe in the Scriptures

: to have a firm conviction as to the goodness, efficacy, or ability of something

: to hold an opinion : THINK

:to be astounded at

I couldn’t believe my luck

So there is quite a bit of juicy stuff above; one that particularly sticks out to me is

As a disruptor for good, wanting to leave the world better than I found it, I was often regarded as a “Pollyanna” and – as a visionary woman much like Cassandra – my tactics were rarely understood.  Until very recently I don’t recall anyone actually saying to me “I believe you”

In this journey I started to look at what it would take for a visionary woman to be believed and if there are living role models of women who call themselves Visionaries or better yet call them visionaries – sadly, I am still searching.

I started to study credibility and wondered why women are not credible or more specifically why I wasn’t credible and therefore not believed. I mean why wouldn’t I be credible, I did things like introducing the idea of livestreaming into live corporate events in 2011!  I mean that is normal right???

Although I am a futurist and I am certainly ahead of my time this makes me wonder if this is so hard because it is just hard OR is being credible really more difficult because I am a woman, hmmmmm.  A question I bring up in my chapter is, why are most male visionaries and futurists believed and women aren’t?  Is it really just because we live in a patriarchal society where men can do or be anything they want, and women can’t? I get that back in ancient Greece: the patriarchy was the status quo and women were thought of as less than invisible.  Perhaps that is what has defined the prevalent “wisdom” of our society today. If we “believe” women are weak and unable to do the things men can, then of course women, (especially visionaries) won’t be credible.

I also wonder which is more challenging to navigate: not being believed when something extreme happens (like assault or rape) OR not being believed in little ways everyday. I am in the latter camp.  Looking at the rise of the  #metoo movement it has brought so much critical attention to women being believed. Maybe this is the launch of women finally believing in themselves.

As my dear teacher and mentor (founder of Shakti Leadership) Nilima Bhat says, “the responsibility is with the one most healed” so I am guessing I am the one most healed around this issue.  With that charge, starting with myself I am taking a bold stand in saying, WHEN YOU BELIEVE YOU BECOME BELIEVABLE. I am sure I will stumble however beginning today I will stand for seeing, hearing and most importantly BELIEVING the women around me – especially those who trust me enough to tell me their stories.

Connect with me here: https://www.disruptforgood.life/

← previous Contemplations in the Garden - Using the Power of the Elements to Fuel Spiritual Growth What Am I Hungry For? Eating with Intention and Purpose →

The Truth About People Pleasing

People Pleasing is a behavior often learned in childhood as a self-preservation technique. It becomes a way of getting...